The Freedom to Hope and Dream 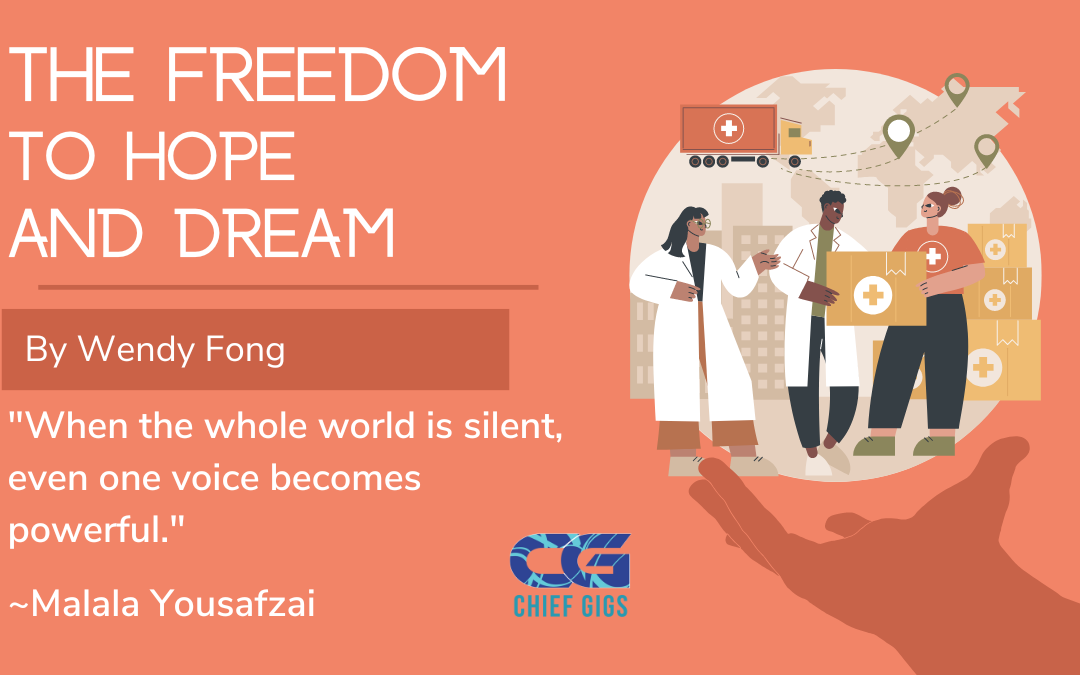 What do you want to be when you grow up?

It’s fun to dream, isn’t it? In fact, based on a survey by Zety, here are the answers from two thousand respondents. When I was a kid, I wanted to be a teacher because I saw how many gifts they got at Christmas. I’ll circle back to this later…

World Humanitarian Day is typically reserved to celebrate humanitarian aid workers all over the world and increase public awareness of ongoing challenges worldwide.

In the month of July, we celebrated our freedom. I want to take the opportunity to highlight that many people living in the United States, are still not free. They are victims and survivors of human trafficking.

In the US? Doesn’t that just happen in developing countries? The answer is no.

Everything You Need to Know About Labor Trafficking

Expansion of Human Trafficking Through Technology

With the advent of the internet, it has been much easier for criminals to recruit and sell the people they victimize. I won’t go into the details here, as so much has already been written on this topic. Here are some resources to review:

From The Polaris Project

So, I started the blog talking about what we dreamed we could be when we grew up.

These wonder-filled aspirations we have as children are not experienced by everyone. Survivors of human trafficking have undergone such immense trauma that they no longer comprehend how to hope or dream.

“Victims of human trafficking may suffer from anxiety, panic disorder, major depression, substance abuse, and eating disorders as well as a combination of these. Post-trauma responses like those outlined above reportedly contribute to problems with functioning, including difficulties controlling emotions, sudden outbursts of anger or self-mutilation, difficulties concentrating, suicidal behaviors, alterations in consciousness (dissociation), and increased risk-taking.” Treating the Hidden Wounds: Trauma Treatment and Mental Health Recovery for Victims of Human Trafficking.

So, even if a victim is freed from their trafficker, they are not free:

How Organizations are Leveraging Technology

Survivors of human trafficking need a network of services not only to help them escape modern-day slavery but to thrive in their new life. Since the needs of each survivor are different, there is no single path. United Against Human Trafficking is using Salesforce to create Pathway, an inter-agency collaboration tool so case managers can access resources in one central location, ensuring no survivor falls through the cracks.

This model has been so successful that they have been asked to consult other coalitions around the country.

I’ll conclude with this photo, which I took in Liberia in 2013. My hope is that we can work to free those who are not free and heal those who are hurt, so they can learn to hope.