Intersection of Immigrants and Freedom 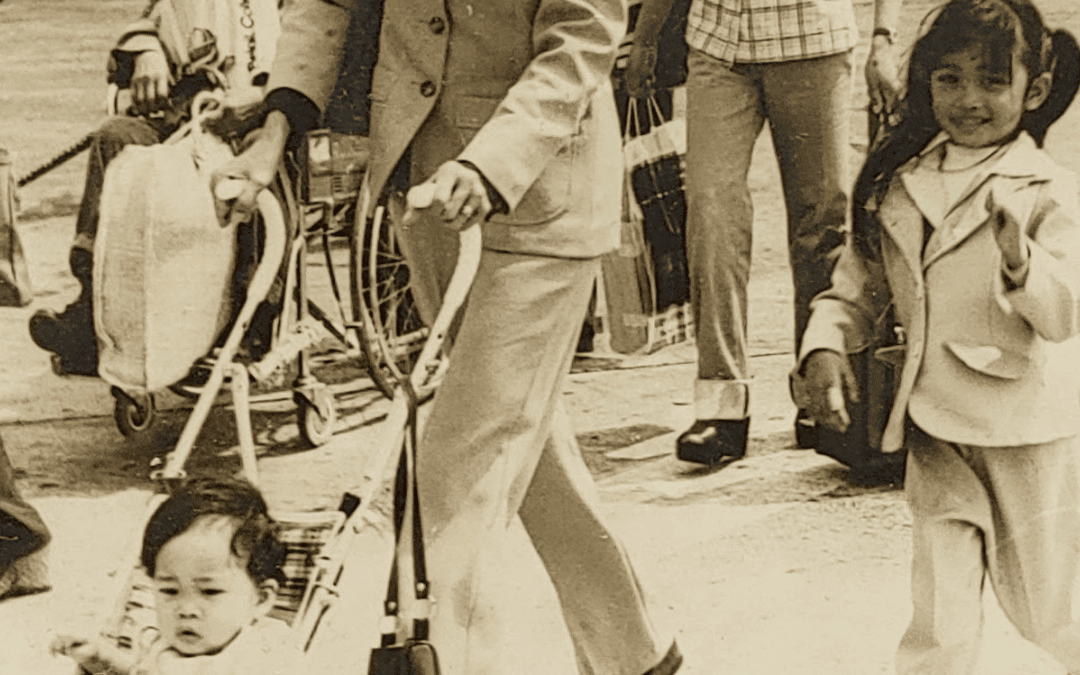 This is a picture of my husband as a toddler; his mother pushes him along in a stroller. His sister happily tags along.

Their memories are fuzzy on the exact timing. Still, his parents have not forgotten how it felt. Six months prior to this photo, his family dropped him off to live with his relatives in the Philippines. His mother relays how it was necessary. Both his parents had to work to survive in the United States as immigrants and could not afford childcare.

Originally, his parents needed to keep him in the Philippines for a year. After six months, they missed him too much and went to pick him up early. However, he didn’t recognize his mother anymore. He didn’t want to leave with her, and the sadness she experienced was overwhelming. Regardless, this photo captures the joy of her reunion with her son.

On the other hand, I grew up with my mother in my early years. She did leave my sister and me to establish herself. After working hard in the United States for two years, we happily reunited with her.

These stories of separation are likely familiar to immigrant families. Immigration is the action of coming to live permanently in a foreign country. This often includes sacrifices to secure success. While incredibly difficult, these sacrifices are ones that these immigrants choose to make for the sake of their families.

The People Behind the Controversy

A refugee is a person forced to leave their country in order to escape war, persecution, or natural disaster. My friends immigrated to the United States as refugees during the Vietnam War. I’ve met new friends from Afghanistan and Ukraine recently, with whom the government allocated aid and housing in Houston. They receive a place to live and support from the government or NGOs to resettle.

The groups that cause the most controversy are asylum-seekers and migrants. An asylum-seeker is a person who has left their country and is seeking protection from persecution. This could also include serious human rights violations in another country. The government does not legally recognize asylum-seekers as refugees, as they often wait to receive a decision on their asylum claims. A migrant is a person who moves from one place to another to find work or better living conditions. While there is controversy surrounding the presence of these groups in the U.S. due to legality, they are unarguably risking their lives to leave harsh living conditions.

Despite how we all got here, I have not met another foreigner who is not fully appreciative of the freedom in the United States. The hope of FREEDOM causes mothers to separate from their children. It’s the hope of FREEDOM that causes people to embark on treacherous journeys.

Stay tuned for next month’s blog on modern-day slavery as we delve into the lives of those who are still not free.