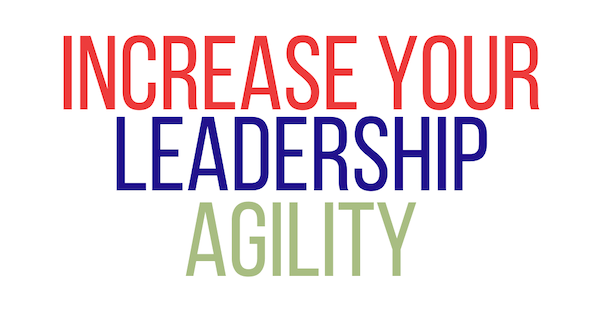 We are almost halfway through 2021. One thing is for certain – leadership looks a great deal different than even from last year. It’s understandable that leaders feel extra pressure to perform financially and to keep employees happy (and employed).

Leaders must understand how to engage and unlock the individual potential of their employees. Being able to build trust and offer support to your team is baseline.

To keep up with today’s challenges, leaders must be willing to adapt. Here are several examples of current clients who have been working on stretching different areas.

Janine is a hardworking, outgoing, fast-moving leader. She has been in her role for 4 years and has a dedicated team of employees who are mostly engaged. The same few team members always speak up or volunteer to do more. She knew her other employees were talented, but they didn’t seem to want to go above and beyond.

Janine signed up for my Drive Results With Talent workshop where I covered the concept that some people are naturally biased to action while others are naturally reflective when presented with new ideas. This was an aha! moment for Janine, who shared that when she pitches new ideas or projects with her team, she usually presents them in a large group setting at staff meetings. When she asked for volunteers, her employees who are biased to action always raised their hands. I gave Janine several suggestions to try the following few weeks to see if she could engage the quieter team members.

Once Janine tried these, the feedback she got from her entire team changed. The employees Janine thought were not engaged got the encouragement, information, and avenue of communication they needed to truly contribute. Janine’s small adjustment allowed the team to interact in a whole new way.

Tony is an innovative leader who challenges status quo. His ability to think outside the box and produce results was rewarded with promotions and added responsibilities. Even though he had a large team, he felt like he was being pulled into every direction. He was constantly being interrupted with questions from his team. As his career progressed, he felt more and more stressed. It negatively affected his work, health, and personal relationships.

Tony was offered coaching by his employer who wanted to ensure that he received the support he needed. Through our work, we uncovered that the reasons Tony felt like he was being pulled in every direction was because he actually was. He held onto control tightly, so he never truly delegated authority. He had many trusted people on his team to whom he delegated tasks, but he kept all the problem solving to himself.

Tony needed to increase employee autonomy. Moving from a hierarchical structure to a more flexible structure will empower employees at all levels to make decisions. This will not only help increase speed, creativity, and ownership, it will also allow Tony to focus on strategy.

Letting go was extremely difficult for Tony. While he learned to trust his team to execute his plans, he had very little practice with giving up decision-making. At the same time, his employees were used to going to him for answers. This change turned out to be frustrating on both sides. Knowing we had to take it slow, we started with smaller decisions.

We used the SBAR (Situation, Background, Assessment, and Recommendations) model which helps give language and process to this change. At first, his employees would provide recommendations for Tony to give input, but after only a few weeks, Tony’s team was able to take the lead. This change significantly helped Tony lessen his mental load. A wonderful side-effect was that it also empowered his managers, which made them more engaged.

Modifying any behavior is challenging, so stretching your leadership style is not easy. However, if leaders are willing to accept feedback, are mindful of potential pitfalls, and are introspective to increase self-awareness, they can thrive. And it is absolutely necessary because treating every employee the same way is like giving everyone the same shoe size. That doesn’t fit everyone. Leaders must adapt their style in order to truly unlock their employees’ potential.

Read more about how to use SBAR.